Canada is well known about its Peat moss resources. Peat Moss, in the past, was mainly used as a fuel source. Two brothers, Isaac and Louis Theriault saw the possibility of realizing their dream to start a peat company in their hometown Baie Saint-Anne in 1963. Their goal was to create a high quality product. But also provide much needed jobs for the people of this small fishing community. For more than 40 years, Theriault & Hachey Peat Moss Limited has been a preferred supplier to the horticultural and mushroom industries.

The company is still going strong and has grown to 75 employees today! It is run by the 3rd generation of the family; cousins Matt Theriault, Jody and Gary Williston. They also have a silent partner.

Jody Williston, Marketing Director at Theriault & Hachey Peat Moss Ltd., worked as a kid in the company during the holidays and at home, the company was the centre of his live, So he is actually raised with the peat company. He works in the company since 2002.Jody: “The Company is doing well and the business is growing. We had a tremendous growth until a fire in March 2018. At this moment we have more demand than we can produce. Right now the future looks bright for our company”. 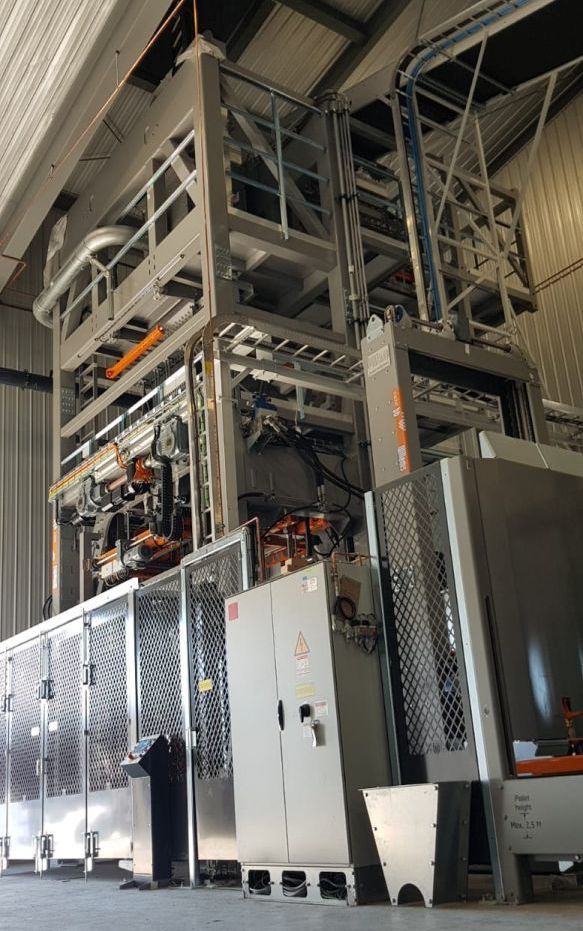 Theriault & Hachey Peat Moss Ltd. faced some issues which brought them to order a new machine.

The issues that were faced:

So basically the main reason to buy a new big baler of Willems were low productivity with the existing baler and the problems with logistics; fitting and unloading the pallets in an undamaged way.

The new baler has a capacity of packing 3.1 m3 bales and 6.2 m3 bales. The 3.1 m3 bales are stacked on top of each other by a stacker. This means more productivity, better format and load abilities and less damaged goods.

“After we ordered the new press we faced another challenge. There was a fire in 2018 which made us reinvent our plans, but initially the baler was ordered for the reasons mentioned” Jody remarks.

Jody: “We see the new flat film baler as a trend for the future. And we see already a lot of interest. Not only for long term storage but also to market the product due to the imprint on foil but specifically the visibility of the product”.

The collaboration was great. The initial stage was good! Working back and forth, looking at the requirements to get the right sizing was great. Even though the sizing was different than the standard on the North American market. We collaborated well on finetuning on what was going to be the final product. Everything worked well.

Our teams working together to combine two bales, one on top of the other, shows our partnership.

The installation and implementation of the machines was great. The people from Willems baling were nice to work with and together with our people we had a great team. A very positive experience!

Jody: “I certainly would suggest Willems Baling to other companies. In fact I already did. We did have a good experience”

The Big Baler and stacker together in process