Implementation of the new line needed to be short to create minimum downtime. That is why a lot of attention has been paid to preparation and testing. Materials and / or applications have different properties. By taking samples and running tests during the project, a nominal setting could be achieved that was suitable for both products. 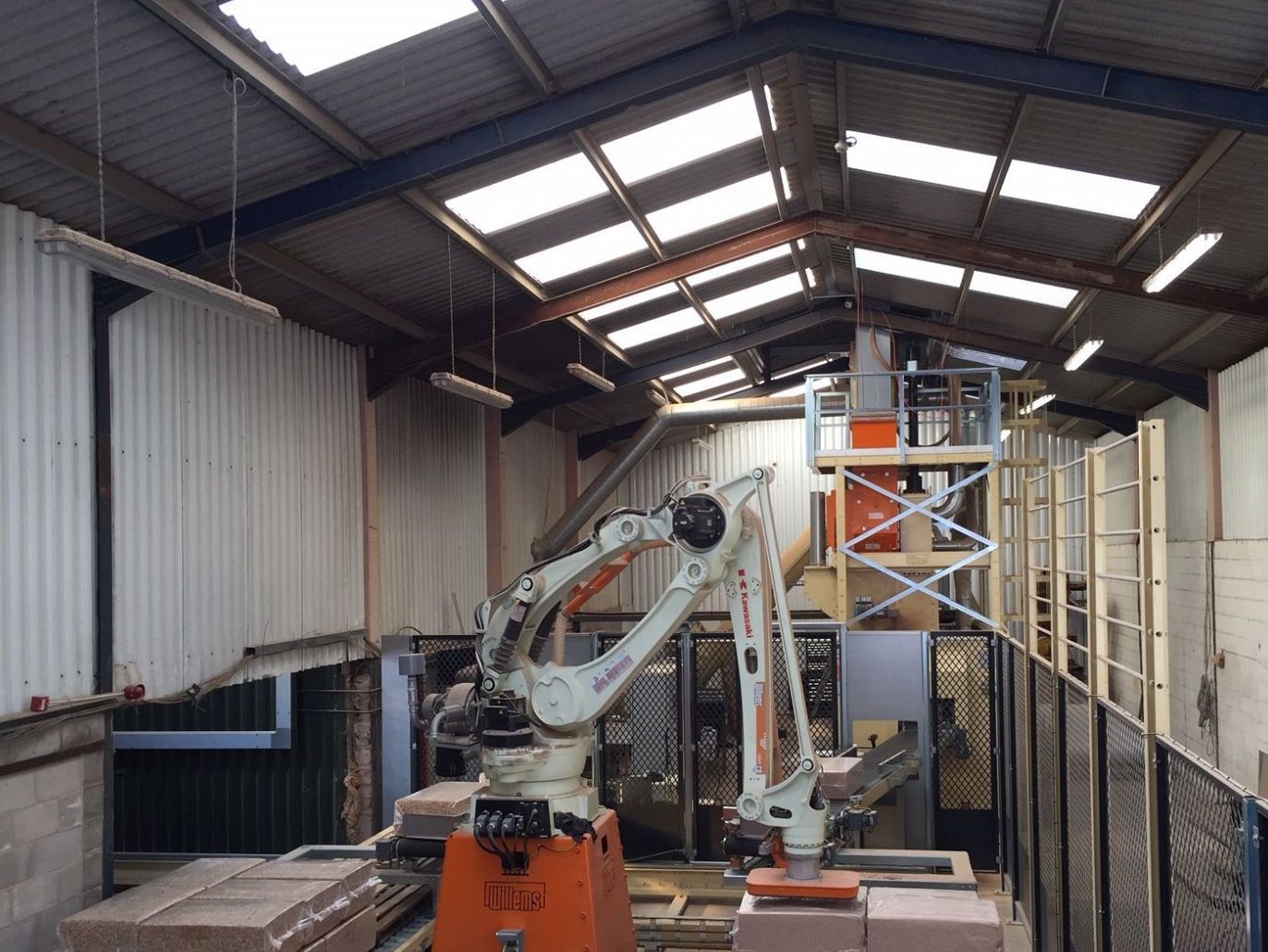 The project was challenging because of the limited space and little time. It was important to place the machines as quickly as possible in order to keep the production stop as short as possible. The supply of sawdust and wood shavings continued and the stock accumulated. That is why the project was delivered in two phases:

What is certainly noteworthy is that the operationalization of the line (phase 2) was already completed in 1.5 weeks

Customer now has one machine for different applications (different wood shavings and sawdust). The customer can now also press and package products that he could not package before. And that is why his range has expanded. By packaging products, he can now sell products per bale that he could initially only deliver in bulk and was therefore difficult to sell.

Willems baling has supplied a complete factory line consisting of a Baler HL, a bunker and a robot pallitizer. In short; one machine line for processing different types of animal bedding!